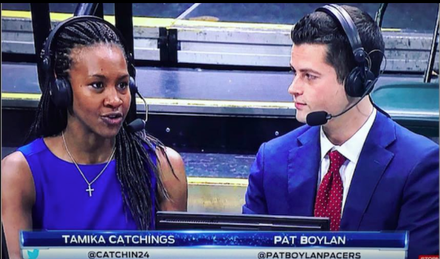 Pat Boylan is the Play-by-Play voice of the WNBA's Indiana Fever. He is in his eighth season announcing for the team. As a fill-in, he's called games for the Indiana Pacers both on TV and Radio. Boylan has completed eight seasons as the host and sideline reporter for the Pacers radio network, he contributes as a broadcaster for Pacers telecasts on Bally Sports. He is also a TV and Radio broadcaster for IHSAA State Finals broadcasts.
​
Boylan was named one of the Top 30 Sports Broadcasters Under 30 in 2018. https://staatalent.com/30-sportscasters-under-30/